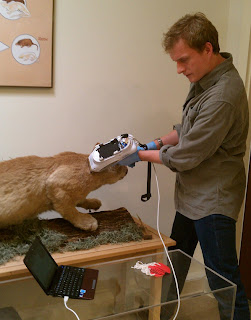 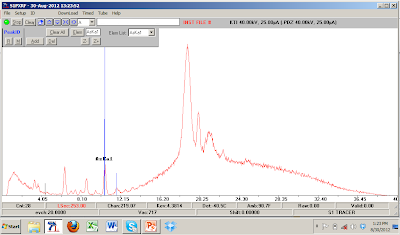 For further information, see chapter 9 "Handheld XRF use in the identification of heavy metal pesticides in ethnographic collections" in Shugar, Aaron N. and Jennifer L. Mass. 2012. Handheld XRF for art and archaeology.
Posted by Gawain at 9:30 AM