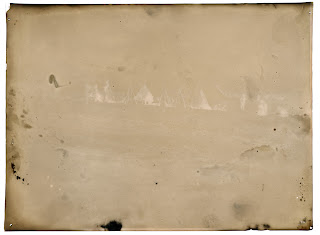 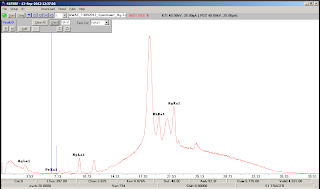 Although exceedingly poisonous, mercury salts were used in various formulations by photographers for the intensification of negatives in the 19th century and well into the 20th century. If a negative was underexposed and needed more density in order to make a good print, intensification was one of the best alternatives. Mercury intensification also generally led to fading of the negative over time. This faded 4"x5" cellulose nitrate negative had the faded and slightly yellow quality of an intensified negative (though sometimes they are a more brilliant yellow color), so we confirmed our suspicions with XRF analysis. The presence of mercury (Hg) is confirmed by mercury's L-alpha peak at 9.99KeV. More on this after further analysis.
Posted by Gawain at 1:57 PM